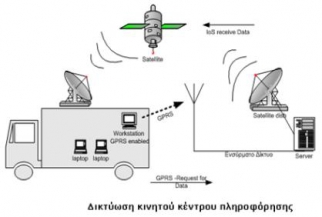 In the frames of the project the networking of 100 Public Information Centers has been implemented. The Centers have been established all around the country to provide services of electronic information and entertainment to the citizens and specifically in those that live in removed and inaccessible regions. These centers are accommodated in the central library of each region and are interconnected via the Greek School Network. Also informative mobile centres have been established via the institution of Mobile Libraries. The total networking concerned 74 regularly centres and 26 mobile which with the finalisation of particular action, allocated:

More in this category: « Greek School Network for the Education - EDUnet: Acquiring Networking Equipment for the Implementation and Operation Equipment and Networking in the Primary Education and Support Infrastructures of the schools in the Western Greece Region »
↑ back to top